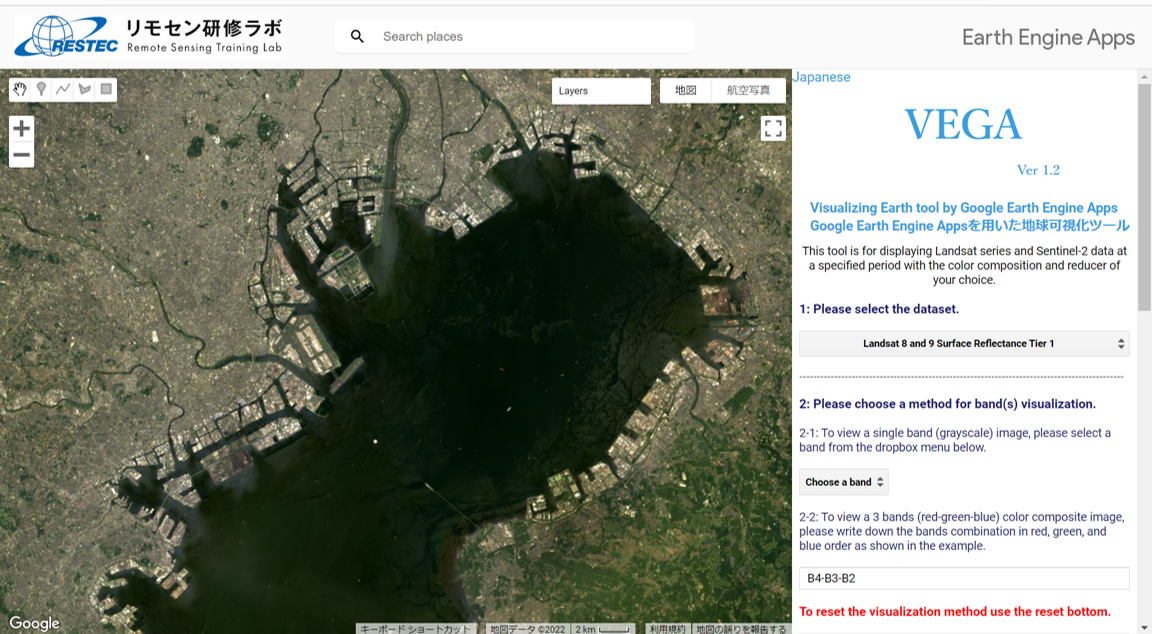 Screen shot of VEGA. Users can visualize satellite data with the control panel on right hand side. This image shows Tokyo Bay taken by Landsat in 2022.

RESTEC has released a new version (version 1.2) of VEGA*1, a web-based application to browse and visualize Landsat and Sentinel-2 data. Version 1.2 includes the data from past Landsat satellites (4, 5, and 7) and Landsat-9 launched in 2021, in addition to the existing Landsat-8 and Sentinel-2. This improvement makes it possible to visualize historical data from 1982. In addition, users can access Landsat-8 and 9 data which are observed once every eight days from October 2021 onward. Furthermore, while the previous version included Surface Reflectance (SR) of Landsat-8 and Top-Of-Atmosphere (TOA) of Sentinel-2, version 1.2 includes SR and TOA*2 for both Landsat series and Sentinel-2.

The datasets and their observation periods available on VEGA are as follows. 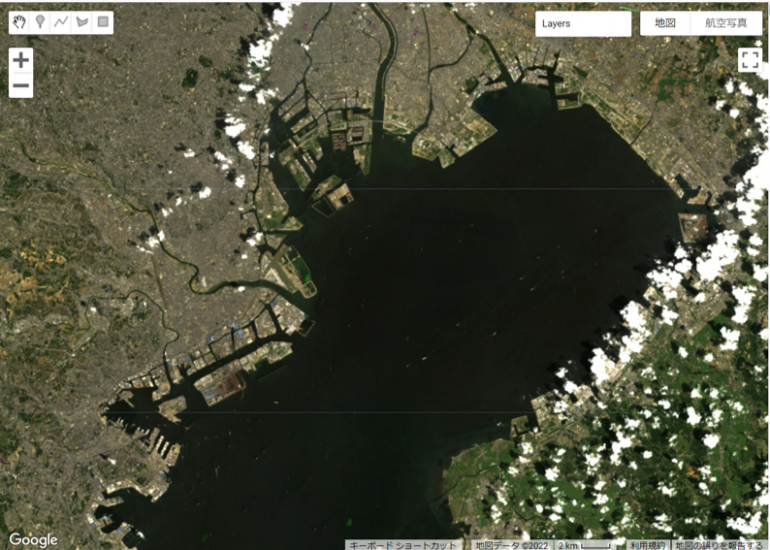 Users can visualize historical data from1982. This image shows Tokyo Bay taken by Landsat in 1984.

There is no change in the basic operation. Users of Google Earth Engine (GEE) usually are required to write JavaScript code to visualize any dataset, but VEGA doesn’t require any JavaScript knowledge. You can select different options or input on the control panel. Anybody who has an interest in remote sensing and visualizing satellite data can use VEGA without user registration or signing up.

Google and the Google logo are registered trademarks of Google LLC, used with permission.

RESTEC grants users the right to use the ‘Visualizing Earth tool by Google Earth Engine Apps (VEGA)’ under the following conditions. Note that users shall be deemed to have consented to the content of the Terms of Use upon their use of VEGA.